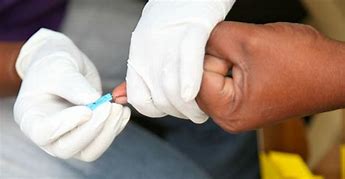 How A Mere Prick Of The Finger Can Diagnose A Concussion